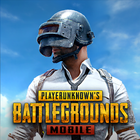 PLAYERUNKNOWN'S BATTLEGROUNDS is an action adventure game best known for large battle royale arenas. More commonly called PUBG, this game has many modes, but the most popular one features 100 people battling each other until only one remains. There are multiple maps and the game is surprisingly smooth despite having so many players.

PUBG features many different modes. The most popular one is battle royale where 100 players drop into a single map. The game keeps going until there is only one survivor. In order to prevent players from hiding, the game uses a safe zone mechanic. This zone will get smaller as time goes on. If you're outside the safe zone, then your character will be damaged and might die.

There are other modes such as payload, zombie and team mode. These allow you to enjoy the game in many other ways with your friends.

One of the best things about PUBG is that every round will be different. You can drop into different areas of the map. The items and weapons you find are also swapped every round. You might find a shotgun one time and then armor the next. You have to adjust your tactics to fit the situation.

There are many different maps to choose from. Not only that, but the maps are quite large and feature many unique areas. For example, one map has a forest, river, warehouse and beach. This gives you many different areas to explore along with many items and vehicles to find.

Get ready to experience the internet with privacy and anonymity by downloading Free VPN by FreeVPN.org